From 1983 one could see a gradual return to regular exchange and correspondence with partner universities. However, the planned collaboration and exchange with research institutions in the socialist countries drastically decreased: the JU collaborated only with the Universities of Jena and Sofia. The collaboration with Russian universities did not continue. Yet, in those hard days the collaboration between the JU and the universities in Bochum and Padua developed. The Polish Ministry consented to the University's new agreements with the Uni­versity of Kent at Canterbury, and asked the JU to prepare a new 5-year plan of its co-operation with foreign institutions of higher education. This new plan envisaged various directions of collaboration both with the socialist and Western countries. The next years saw the fulfilment of this ambitious plan: new agreement with the University Paris VIII-Vincennes in St. Denis (in total: 38 agreements), a large number of officials delegations, including a delegation of the Conference of European Rectors, and for the first time the number of outgoings reached 1,000. 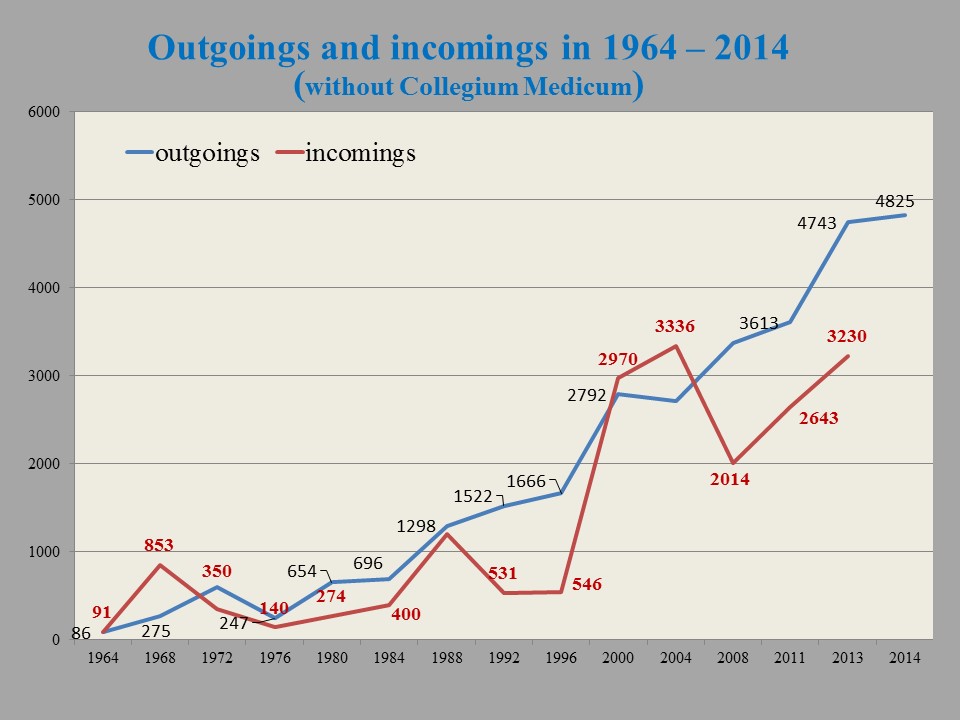