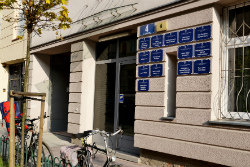 Since its establishement the JU International Relations Office has changed its name, size and scope of duties several times, but its seat was the same – Collegium Novum, until 7 November 2014 when it moved to the new premises in another JU building, at 4 Czapskich Street (five minute walk from Collegium Novum).

Throughout these 50 years numerous wonderful people, specialists in various areas, dedicated to their entrusted tasks have worked in the International Relations Office. 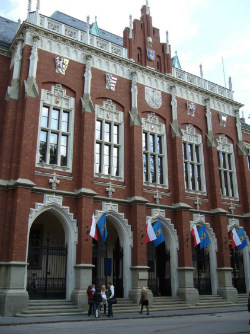 It was 50 years ago that on 16 December 1964, the Jagiellonian University Senate adopted a resolution that ‘due to an increase in issues concerning international contacts, in particular research contacts with foreign universities or individuals, it seems necessary to create a new department of the JU administration, which would deal with scientific collaboration with institutions of higher education in Poland and abroad, with contacts between Polish academic staff and foreign researchers as well as the organisation of all kinds of symposia and sessions.' The Senate also appointed the first director of the International Relations, Mrs Elżbieta Małachowska (she held this position from 1 January 1965 till 68).

The International Relations Office officially began its activities on 1 January 1965  in Collegium Novum.