In the new millennium

In the new millennium

As the number of Erasmus and other exchange students was growing rapidly, in 2004 the JU authorities decided to call into being a new office: International Students Office and Erasmus Programme, which took over the tasks related to student mobility. In 2007, the International Research Programmes Office was created, thus assuming the tasks concerning research and educational projects. 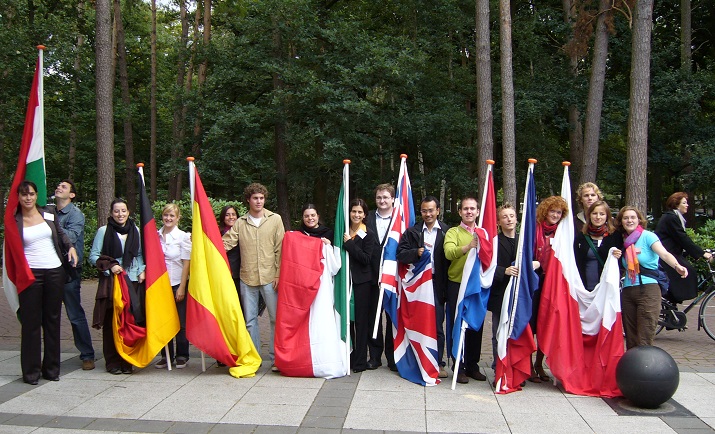 Currently, the Jagiellonian University co-operates with 183 academic centres within 202 bilateral agreements: 83 – university level, 43 – faculty level, 46 – institute level and 30 – signed by the JU Collegium Medicum. Collaboration embraces joint research, exchange of staff and students, participation in various programmes as well as in research and educational projects. Some agreements are accompanied by working programmes that are updated, embracing current tendencies and directions of collaboration and research.

Almost 57% of the agreements concern European institutions of higher education, ca. 17% – universities in North and South America and 16% – in Asia. The University's most important partners are the EU countries – 74 universities from 19 countries.

In recent years bilateral exchange of staff and students (apart from Erasmus+) amounts to 260-280 visits per year. These visits and bilateral agreements are administered by the IRO's International Co-operation Section.

Within the last 20 years one can see a stable increase in the number of all outgoing visits: from 1,666 in the year 1995 to 4,825 in the year 2014, i.e. almost a tripled increase) administered by the IRO's Administration and Finances Section. 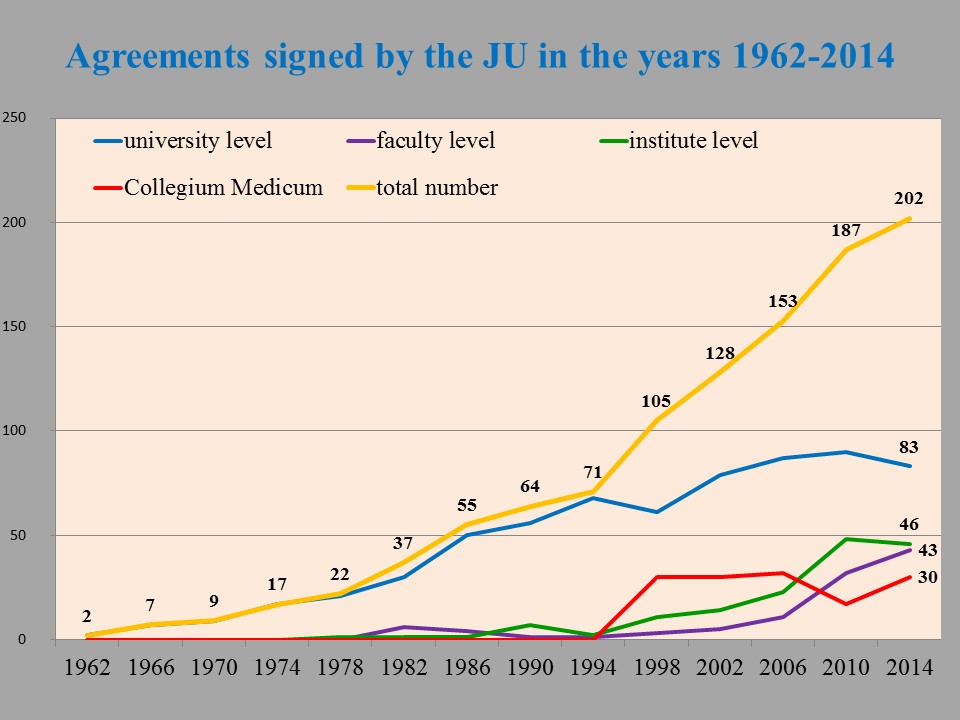